The Beast with No Name: Mark Achbar and Joel Bakan with Williams Cole

The Corporation, a film directed by Mark Achbar and Jennifer Abbott, and written by Joel Bakan, recently premiered in New York City after breaking box office records for a documentary in Canada. The Rail’s Williams Cole sat down with Mr. Achbar and Mr. Bakan (who also wrote the book The Corporation: The Pathological Pursuit of Power and Profit, published earlier this year by the Free Press). 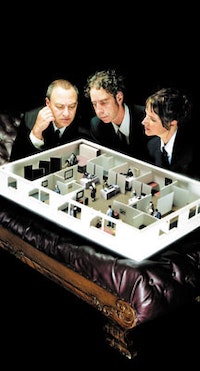 The Passion of Michael Moore

I was nervous last week when I bought my ticket to Fahrenheit 9/11 at the mall in Oklahoma City. I didn’t know if someone was going to scrawl "traitor" in lamb’s blood on the theater door, or quote angry scripture verses at the screen.

Rocks from the Sky

Rocks were supposed to fall from the sky on June 19 and 24, according to a post on an internet site owned by a guy in Cleveland, TN. They were supposed to have been comets, actually, followed by a cosmic "anomaly" on the 26th.

A View from Latin America: Jorge Ramos with Hirsh Sawhney

More incisive than Dan Rather, more charming than Peter Jennings, Mexican-born Jorge Ramos is Spanish-language television’s celebrity talking head. An anchor at Univision, the fifth most-watched television network in the United States, Ramos is also a columnist and the author of several books, including The Latino Wave: How Hispanics Will Choose the Next President

The Continuous Decline of the West

Liberals vs. The Left:
Learning From Identity Politics

The quintessentially 1980s quarrel between radical theory and reactionary politics—or between multiculturalists and the then-rising neocons—is surely not over. 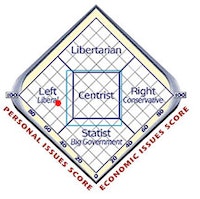 Shaffer’s fort is much more than a glorified playhouse. It is an exact replica—right down to the type of wood and the thickness of the straw mattresses—of a French and Indian War-era fort.

An Anarchist in the Hudson Valley: Peter Lamborn Wilson with Jennifer Bleyer

It’s been nearly ten years since Peter Lamborn Wilson—née Hakim Bey—looked at the pitiably state-bound, rule-bound world around him and asked: "Are we who live in the present doomed never to experience autonomy, never to stand for one moment on a bit of land ruled only by freedom?