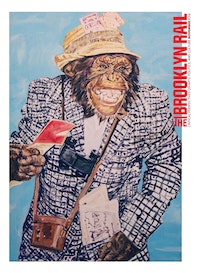 Jenn McCreary’s new full-length collection, & now my feet are maps, is now available from Dusie Press. Other works include The Dark Mouth of Living (Horse Less Press), :ab ovo: (Dusie Press), a doctrine of signatures (Singing Horse Press), & Odyssey & Oracle (Least Weasel Press). worrywort, a collaboration with Pattie McCarthy, will be published by Little Red Leaves Textile Editions in 2014.  She lives in Philadelphia with her family, where she edits ixnay press & was named a 2014 Pew Fellow in the Arts for Literature.

Frank Sherlock is the author of SPACE BETWEEN THESE LINES NOT DEDICATED (ixnay press, 2014), OVER HERE (Factory School, 2009), THE CITY REAL & IMAGINED (w/ CAConrad) (Factory School, 2010), and a collaboration with Brett Evans entitled Ready-to-Eat Individual. Por Aquí, a Spanish-language collection of works translated by Carlos Soto-Román, will be published in Chile in 2015. Poems beyond the page have found their forms in installations/performances/exhibitions, including Refuse/Reuse: Language for the Common Landfill, Kensington Riots Project, Neighbor Ballads, and B.Franklin Basement Tapes. Sherlock is a recipient of the 2013 Pew Fellowship in the Arts for literature. He is currently Poet Laureate of Philadelphia.

Carlos Soto-Román is a poet and translator. A former resident of Philadelphia, PA he now hails from Santiago, Chile. He has published in Chile: La Marcha de los Quiltros (1999), Haikú Minero (2007), Cambio y Fuera (2009), and in the US:Philadelphia’s Notebooks(Otoliths, 2011), Chile Project: [Re-classified] (Gauss-PDF, 2013), Alternative Set of Procedures (Corollary Press, 2014) and The Exit Strategy (Belladonna, 2014). As a translator he published and expanded the Spanish edition of Do or DIY (Das Kapital, 2013), a collective essay written by Craig Dworkin, Simon Morris, and Nick Thurston. He is the curator of the cooperative anthology of contemporary US poetry Elective Affinities.