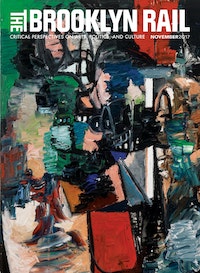 Ben Wilson’s career as a painter parallels that of many others in his generation who began their creative investigations in the social realist idiom of 1930s America, ultimately evolving their own responses to Modernist abstraction in the post-war period. It can often be a useful exercise to study what was maintained in such a transformation of content and style, and what was jettisoned. The ratio of the retention (or sometimes even the complete denial) of figural space to the exploitation of the possibilities afforded in abstraction's invented space can serve as a decent gauge of both an artist’s original intentions and the societal imperatives of changing aesthetic styles. In selecting a specific range of both realistic and abstract work, Jason Rosenfeld, the curator of Ben Wilson: From Social Realism to Abstraction, makes it clear that his aim is to plumb such a ratio in order to get a fuller picture of Wilson (1913–2001) and how his work does or doesn’t fit into the larger narrative of post-war abstraction in America.

In the excellent catalogue published by the George Segal Gallery and Montclair State University for the occasion, Rosenfeld granularly re-traces Wilson’s steps from a “card-carrying Social Realist with an axe to grind” to an artist who had “come to embrace pure abstraction.”[i] What is revealed in this meticulous sleuthing is that Wilson shifted from social realism toward abstract painting at the same time as an entire cadre of his generation did the same, aligning with the advent of Abstract Expressionism. Yet, Wilson scorned identification with what he saw as the commercialization and exploitation of “the so-called New York School.”[ii] The context of the exhibition therefore offers a double reading of Wilson’s art and times: the reason for and subsequent effects of a move away from realism toward abstraction, and the reason for and subsequent effect of the artist’s intentional withdrawal from engaging in an epochal discourse on aesthetics.

A very early figurative painting, Pogrom (1936), represents Wilson’s response to the persecution that his family’s generation suffered as part of the Jewish community in Eastern Europe and Russia at the turn of the 20th century. Stylistically, the painting is an amalgam of German Expressionist and Picassoid figuration, yet its complex centripetal arrangement predicts Wilson’s strengths in abstract composition. Here, the social subject matter is held in taut suspension with its urgently energetic arrangement allowing for a clear synthesis of roiling form with troubled content. A later and much larger work, Victory (1945), continues to utilize figures, but here they are compressed into a stained-glass-like format, an impression reinforced by deeply saturated primary hues interspersed with meticulously worked and lighter tertiary hues all bound up in heavy black outlines. The painting represents the apogee of Wilson’s figurative phase and, though still shadowed strongly by the stylistic precedence of Max Beckmann and Georges Rouault, it retains its own voice in the artist’s skilled combination of empathetic imagery and energetic brushwork.

Throughout the 1950s, we see Wilson within an intense period of experimentation in attempt to bridge the gap between figuration and abstraction. A painting such as Lazarus (1950) moves his social content into the realm of biblical parable, while Miracle Kingdom (circa 1950s) further analogizes the social as abstracted subject. In both of these paintings, we see the artist adopting the tactical displacement of tragic pathos that can be seen in contemporaneous works by artists such as Richard Pousette-Dart and Adolf Gottlieb, both of whom adopted a transitional armature of symbolic figuration influenced by mythic narrative before moving toward overtly abstract form. Wilson’s stylistic development at this point still parallels that of larger formal trends of his times, such as when artists like Barnett Newman and Mark Rothko moved through an illustration of their own engagement with “primitive forces” and “genetic moments” to arrive at their signature abstract styles.

While appreciating the Abstract Expressionist impulse, Wilson had a difficult time coming to terms with how certain New York dealers would promote and exploit such work with what he deemed baldly commercial intent. Wilson withdrew from active engagement with the New York art establishment, such as it was at the time, to focus on his work independently, first in various studios he set up during European travels with his wife Evelyn, and ultimately in Blairstown, New Jersey. He was no hermit, however; he actively taught art for most of the remainder of his life and regularly kept up with gallery rounds in New York. Toward the late-‘60s, his work began to take on its final stylistic shift into kinetic abstraction, still indebted to Cubist space and European Expressionism. Wilson’s stylistic turn, interestingly, paralleled the early exploratory breaks from Abstract Expressionism of artists like Al Held. In works such as Corrida (1966) and Tic-Tac-Toe (1968), Wilson constructed jumbled planes similar to those in Held’s Taxi Cab II (1959), jammed with dancing triangles, rectangles, and circles.

One gets a sense as the exhibition progresses in time that Wilson’s withdrawal from what he saw as a hegemonic contemporary art world came with a cost. It raises the question as to whether any individual artist can converse with the larger world on solely their own terms, or if such a quixotic desire forecloses possible avenues of creative engagement with the meta-discourse of eternity. It can take a certain Nietzschean will to power or simple bloody-mindedness to inscribe one’s work in the big book of history. But is there also a tragic tipping point where such an attitude diverts the free flow of ideas into a self-justifying impoundment? And what if an artist, in a Bartleby move, simply “prefers not to” engage with social imperatives? Besides Wilson’s stylistic development from social realism toward abstraction, this notion of moving from the socially engaged artist to the studiously disengaged art world citizen is an important subtext to the exhibition. The artist’s late works, such as Byzantium (1984) and Mycenae (1985), do parallel the rise of Neo-Expressionism in New York and Europe at the time, but also retain classic Cubist compositional aspects that express in their colors and linear scaffolding a buoyant musicality similar to work by Paul Klee or Wassily Kandinsky. Bypass (1991–2) is a bold, kinetic arrangement of geometric forms, skillfully orchestrated by Wilson’s characteristic color work, which offsets saturated primary colors as figure against less saturated secondary and tertiary hues as ground. There’s no doubt in regarding such a painting that Wilson had a handle on the plasticity of the medium, and bringing the artist’s work to light, as this show does, offers a model of alternative thinking when it comes to any assumptions that the historic record of artistic prominence isn’t plastic itself.

Tom McGlynn is an artist and writer based in the NYC area. His work is represented in the permanent collections of the Whitney Museum, the Museum of Modern Art, and the Cooper-Hewitt National Design Museum of the Smithsonian among other national and international collections. He is an Editor at Large at the Brooklyn Rail, contributing articles and criticism since 2012.