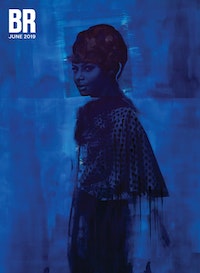 For nearly 40 years, New Orleans photographers Keith Calhoun (b. 1955) and Chandra McCormick (b. 1957) have been documenting the Louisiana State Penitentiary, known as “Angola,” and the lives of the men incarcerated there with unstinting dedication and unflinching honesty.

From the factory to the warehouse

On September 10, 2016, a riot broke out at Kinross Correctional Facility, located in Michigan’s Upper Peninsula. In response to both local conditions as well as the call put out for a national prisoner strike, those confined at Kinross refused to show up to their jobs and organized a protest march in the prison yard.

Some Reflections on Prison Labor

Ruth Wilson Gilmore: A popular notion in some progressive circles holds that US prisons are a chain of sweatshops and plantations where hundreds of thousands of incarcerated people labor under excruciating conditions to generate profits for transnational companies. Can you shed light on this view?

Reflections of an Incarcerated Worker

Revolutionary Greetings, comrades, friends, and fellow workers! I’d like to send out my clenched fist of solidarity to all the wonderful humyn beings who read and support the Brooklyn Rail. I appreciate the opportunity to communicate with all of you.