Is it Possible to Win the War After Losing All the Battles?

The announcement of national elections in Greece, roughly two years before the coalition government of New Democracy and Pasok completed their term, immediately sparked a renewed interest in this southern and economically peripheral European country.

If Syriza is the answer, then the question was wrong.

Predictions are often problematic. The complexity of the issues, the variety of important factors, and the unpredictability of social subjects forbid such attempts, and usually discredit those who make them. 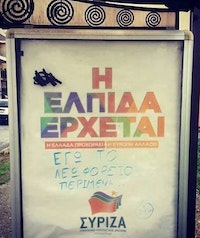 Changing of the Guards

It appeared that the endless saga of the negotiations between the Syriza government and the European lenders had come to an end. After five months of ferocious zigzags, suspense, and fear, a certain deal had been reached. A sense of relief was radiating from the world press, the technocrats, and government bureaucrats. Whether the deal would be a success or not, however, seemed to depend on whom you ask. 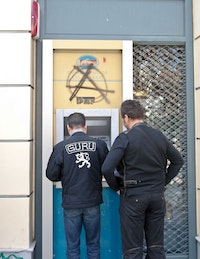 Shortly before Donald Trump’s electoral victory, a bizarre alliance of sorts emerged: from one side, military and foreign policy bureaucrats, neocon hawks and politicians, mainstream liberals and their favorite press outlets (Financial Times, New York Times, the Economist, etc.); from the other, left-wing militants, anti-racist activists, social justice warriors, and other fans of democracy.

Inside the Disenchanted World of Left Keynesianism: A Review of Yanis Varoufakis's Adults in the Room

The publication of Yanis Varoufakis’s new book Adults in the Room: My Battle with Europe’s Deep Establishment (London: The Bodley Head, 2017) caused a considerable uproar in the Greek political discourse, as well as some international coverage.

The Aggressiveness of Vulnerability

Trump has been president for over a year now but the arguments over what led to his victory are far from settled. Many sought to explain the surprising results with an age-old idea about a part of America historically resistant to “progress.” 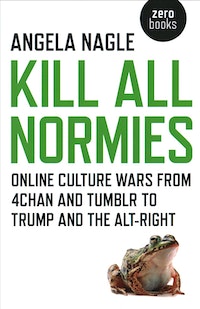 Quotation, Paraphrase, and Plagiarism: An Exchange

By Pavlos Roufos and Libcom

Libcom claims that I misrepresented their arguments against Angela Nagle in my article, “The Aggressiveness of Vulnerability.” Something like that is always possible and mistakes should be corrected. This is not such a case.

Tapping into the unrealized futures of the past: QUINN SLOBODIAN with Pavlos Roufos

Quinn Slobodian’s recent book Globalists: The End of Empire and the Birth of Neoliberalism (Harvard University Press, 2018) is a brilliant exposition of the widely contested concept of “neoliberalism.” Slobodian situates the concept in its historical context, urging a reconsideration of the term on both those who reject its significance and those who continue to misuse it.

In 2008, some rioters described their rebellion against police brutality in Greece as an image of the future. More than a decade later, but this time negatively, the truth of that insight continues to haunt.

"All These Things Are Connected"

In August 2019, a radical group in Hamburg invited G.M. Tamás and Pavlos Roufos to have a public discussion about nationalism, sovereignty, and post-fascism. After the talk, Roufos sat down with Tamás and had the following conversation.

Roots and Continuities of the Crisis: ADAM TOOZE with Pavlos Roufos

Adam Tooze’s book, Crashed: How a Decade of Financial Crisis Changed the World has been one of the most-admired books on economics in recent years.

Leaving aside the ease with which officials adopted the monstrosity of describing migrants/refugees as an “invasion” force, a form of discourse monopolized until recently by the extreme right, a parallel observation is warranted: there was nothing sudden about what happened in March 2020.