Every artwork has to be imagined before it is made, and every artwork that’s made only takes effect in someone’s imagination, where it may continue to unfold even long after it has been lost to sight.

On the occasion of her recent exhibitions at Green Gallery, Milwaukee, and Shane Campbell Gallery, Oak Park, Illinois, Barry Schwabsky took a road trip with Michelle Grabner during which they discussed her paintings as well as the curatorial projects she runs with her husband Brad Killam. 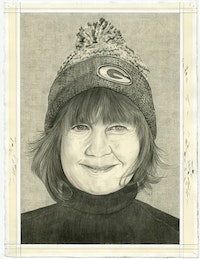 Archie Rand recently published an unusual book, The 613 (Blue Rider Press, 2015), reproducing his extraordinary series of paintings corresponding to the 613 mitzvot (commandments) of the Hebrew Bible. 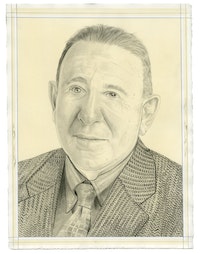 Bettina Pousttchi is a Berlin-based artist who works with photography and sculpture. This month, she has two exhibitions opening in Washington, D.C.: World Time Clock at the Hirshhorn Museum and Sculpture Garden (June 9, 2016 – January 2017), and Double Monuments atthe Phillips Collection (June 9, 2016 – October 2, 2016). Barry Schwabsky sat down with her in New York to find out more. 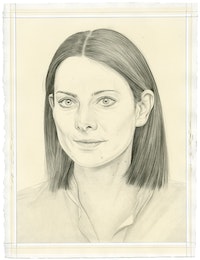 Joan Jonas’s current exhibition What Is Found in the Windowless House Is True, on view through June 11 at Gavin Brown’s enterprise, is the artist’s first in her hometown since 2010—and thus also the first since her acclaimed work for the U.S. Pavilion at the fifty-sixth Venice Biennale in 2015, They Come to Us Without a Word. 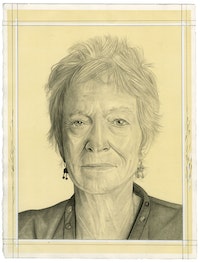 Mitch Epstein’s most recent New York exhibition was Property Rights at Sikkema Jenkins last fall. That show led Andrea Scott of The New Yorker to observe that Epstein “makes headline-grabbing subjects—immigration, federal-land protections that have come under threat or already been rolled back, and other abuses of American power—feel at once urgent and timeless.” 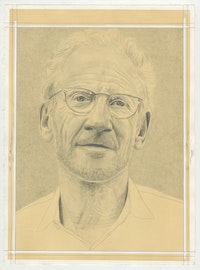 On the occasion of Rafael Ferrer’s participation in the exhibition When Attitudes Become Form: Bern 1969/Venice 2013, Barry Schwabsky met with the Puerto Rican-born musician-turned-artist to find out what it was like to re-encounter his own younger self. 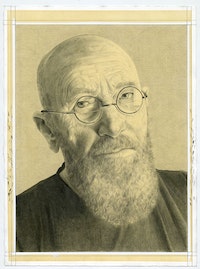 The day after the opening of British artist Alice Channer’s current exhibition at Lisa Cooley Gallery (Cold Blood, through December 23), Barry Schwabsky met her at the gallery and they decided to take a stroll while discussing the show and its background in her two educations. 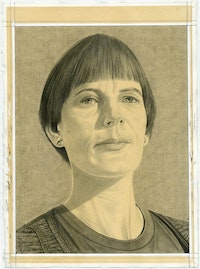 Since the late 1970s, Jeff Wall has become renowned for his staged photographs—sometimes fantastical, sometimes so factually convincing as to be what he’s called “near documentary.” He currently has two exhibitions on view, one of them being a survey—his largest US show since his 2007 MoMA survey—at Glenstone Museum, in Potomac, MD; the other at Gagosian in Beverly Hills. Having written an essay for the catalogue of the show at Glenstone, I realized I’d ended up with more questions than I started with, so I asked a few of them in a Zoom conversation with the artist ahead of his show in California. 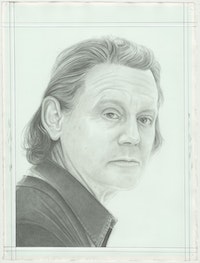 On the occasion of the current exhibition Fashioning the Object: Bless, Boudicca, Sandra Backlund at the Art Institute of Chicago, Barry Schwabsky met with Bless, the design team of Desiree Heiss and Ines Kaag to discuss clothes, life, collaboration, and art. 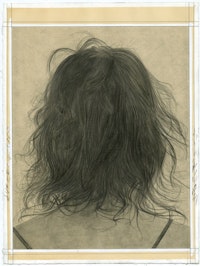 A feminist multimedia artist and curator, Ellen Cantor’s work began to garner critical acclaim in the early 1990’s. As part of a generation of young feminist artists interested in female representatio­­n, Cantor explored the relationship between fiction and life, good and evil, and the role of the female protagonist. 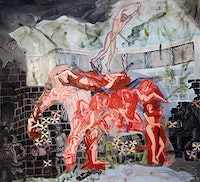 A work of criticism, to paraphrase Donald Judd, need only be interesting. That’s easier said than done, needless to say, and all the more so insofar as it cannot be defined in advance what would make such a work interesting.

One of my big complaints about art magazines has a simple solution.

Jonas became a pioneer of video installation as a genre, not necessarily intending it, but by responding to changes in technology and the circumstances of exhibition-marking as they’ve shifted over the decades—and to her own developing sense of space.

Pictures of One Thing

I learned from so many people: artists, writers, dealers—really, whoever would bother to talk to me. But sometimes there didn’t have to be that much talk. 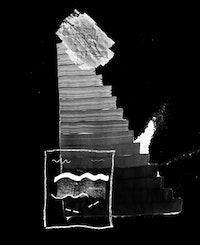 Faber’s new edition of Samuel Beckett’s poems, replacing the old Collected Poems in English and French on which most readers have depended since its first publication in 1977, is part of their program to reissue the Irish writer’s work following the closing down of his former publisher, Calder Publications.

Italo Calvino, as everyone knows, launched writing his career as a realist—or rather, as an Italian working in the immediate aftermath of World War II, a neo-realist. Soon frustrated by the limitations of that aesthetic, the story goes, he took new inspiration from fantasy, fable, and folklore—as he would later from Oulipian experimentalism—and turned himself into a very different sort of writer.

"The Verge of a Language"

This July, an extraordinary three-day celebration of new poetry from across the U.K. and North America took place at The Greenwich Cross-Genre Festival. Organized by Emily Critchley and Carol Watts at the University of Greenwich, its focus was on innovative writing and performance, including work that crossed the boundaries separating poetry from sound art or music, and syntheses of poetry with video and other visual media. 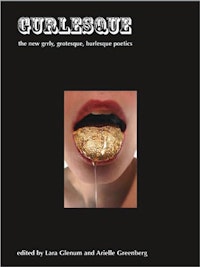 Barry Schwabsky is art critic for The Nation. His Reader’s Diary is published weekly at Tourniquet Review, and his new book of poetry will be published in 2021 by Black Square Editions.

A Tribute to Steve Dalachinsky

Steve was a force of Nature, driven by compassion & curiosity. He was opened to everything & everyone. He was naked inside & outside with no boundary between.