Gallery intel reveals that Michael Patterson-Carver is a self-taught artist from Chicago with a wry sense of humor and a healthy disdain for the United States government. Loose Lips Do Sink Ships broadcasts itself as Outsider Art (oooh, can we still say that?) from 50 paces outside the gallery with all its flat perspectives, unadorned figures, and flat wash watercolors. 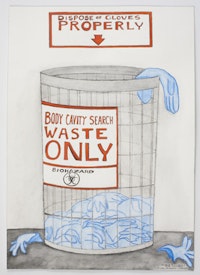 The Days of This Society Are Numbered

The Abrons Arts Center showcases the rich horror that constitutes social entropy in an exhibition aptly titled The Days of This Society Are Numbered. Curator-in-residence Miguel Amado found the show’s inspiration from words uttered by French Marxist theorist Guy Debord in 1979. 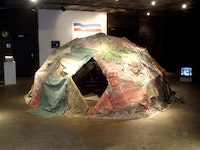 Curator Todd Zuniga delivers a simultaneously poignant, giddy, and contemplative blow to the skull with forty-plus interpretations of death in Let it End Like This, a group show on view at apexart. 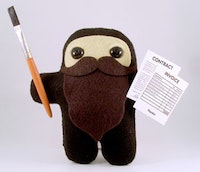 Magic, Luck and Friendship™: the very idea has been trademarked by Samuel Borkson and Arturo Sandoval III, founders of the commercial art collective with the most affable moniker around.

The Black Power Mixtape 1967 - 1975 is a curious collection of film stills and ephemera curated by Yona Backer and filmmaker Göran Hugo Olsson, serving as a corollary to the documentary of the same title. 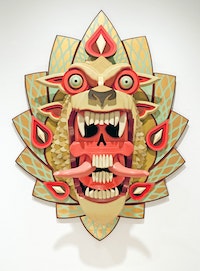 THEO A. ROSENBLUM & CHELSEA SELTZER Two Heads are Better than One

I was not familiar with the specific term heta-uma before I spent an awkward hour at an art school alumni event held, fortuitously, at The Hole during Theo A. Rosenblum and Chelsea Seltzer’s giddy, gaudy exhibition, Two Heads are Better than One. 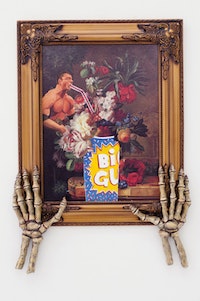 Joe Bradley’s solo exhibition features an array of the divisive New York artist’s drawings and monumentally large paintings. One could separate the show into three distinct movements, delineated by the confines of each room in the exhibition space.

Nalini Malani’s In Search of Vanished Blood on view at Galerie Lelong through October 26, is a sprawling, multi-media experience blending imagery from multiple cultures with text, sound, and light, to explain what feels like the familiar, time-worn struggle of the woman as displaced other in search of the basic comforts of home, security, and even identity.

For the unfamiliar, a brief history of Mike Kelley, artist: born in Detroit, 1954, studied art at the University of Michigan, earned his MFA at Cal Arts during its moment as the epicenter of conceptual art in the ‘70s, remained in Los Angeles, was first embraced by the art world for his found-object sculptural works that toyed with the conventional in the cynical 1980s, grew increasingly influential as his work expanded in ambition and scale, committed suicide at age 57.

The Merriam-Webster dictionary defines the term “stet” as a transitive verb, meaning “to direct retention of (a word or passage previously ordered to be deleted or omitted from a manuscript or printer’s proof) by annotating usually with the word stet.” 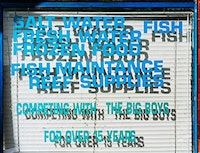 What could possibly be cuter than a mouthless, anthropomorphic cat with an improbably giant head, donning a festive hair bow and wee overalls? Well, how about two of them, eternally guarding your cherished pet’s tomb in unblinking vigil? 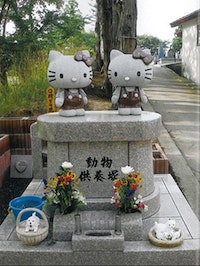 “The forest” may seem a strange concept in and of itself to city-hardened minds, when the only tree-studded refuge within reach is equally tourist and pretzel vendor-studded. 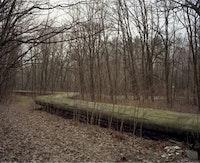 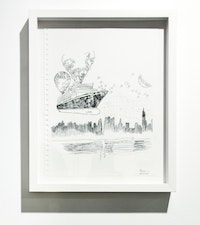 Stepping out onto the gallery’s deck one scorching August afternoon and waiting for my eyes to adjust to the shocking sunlight, I initially thought this exhibition looked like any Brooklyn rooftop hangout, with mismatched, weather-beaten chairs strewn about the space in conversationally-logical groupings.

Sam Gordon’s trompe l’oeil, his seventh solo show at Feature, consists of a series of collage-like paintings that seem, when taken together, to reveal the artist’s heady, abstruse exploration of his own private language. 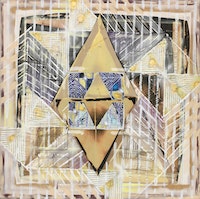 Irvin Morazan tangles with all manner of media to yank the viewer inside some sort of glittering, visual hallucination inside the Albuquerque International “Sunport” Concourse B gift shop in DCKT Contemporary’s Temple of the Bearded Man. 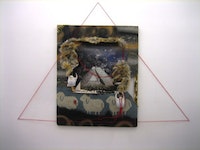 As the United States slid into financial disaster and unemployment unlike anything seen by most Americans in their lifetimes, photographic team James Tribble and Tracey Mancenido-Tribble retooled their skill set and became long-haul truckers. 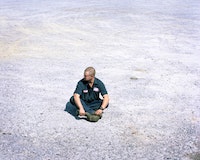 GIANNI COLOMBO
(or, “Greene Naftali or: How I Learned to Stop Worrying and Love the Gallery”)

Kinetic art icon Gianni Colombo’s first solo exhibition in the United States has landed at Greene Naftali, 20 years after the artist’s death. The show focuses on Colombo’s production between 1953 and 1975, tactile and participatory works that the gallery kindly but sternly reminds us “NOT TO TOUCH” (in spite of the original intention of each piece). 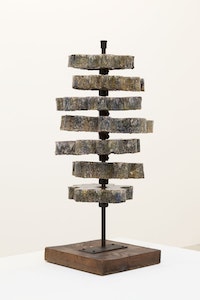 Jaime Davidovich’s Re: PLAY, on view at MediaNoche through June 16, was a condensed, well-considered overview of the artist’s video work from 1972 through 2011.

Edo Pop: The Graphic Impact of Japanese Prints is the Japan Society Gallery’s remix of an exhibition of historic ukiyo-e woodblock prints from the Minneapolis Institute of Arts, interspersed with new selections of 10 contemporary artists.

Crowdsourcing, “crowd” and “outsourcing,” is the act of tasking an often random multitude with solving a problem typically handled by one person or group, entrusting the entire hive to efficiently complete what a single member might find daunting.

DANIEL JOSEPH MARTINEZ The enemy of my enemy is my friend and my friend is my enemy. Did you know it snows in Los Angeles in the summer time.

In 2009, Daniel Joseph Martinez made the journey from his Los Angeles home to the comparative wilderness of Alaska with the intention of traveling the entirety of the 33-year-old, 800-mile-long Trans-Alaska Pipeline System. 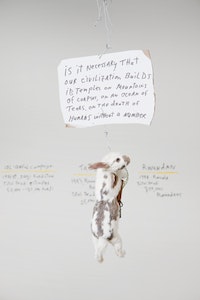