Creativity is an elaborate game of connect the dots where you can’t actually see the dots, you have to infer them. Moreover, these dots are charged with emotional and autobiographical significance. From a psychoanalytic perspective we might say that you keep yourself from seeing them. I asked ten remarkably creative and accomplished people in a wide range of professional practices to write down a few thoughts about creativity. Where does it come from? Does it apply to any realm of endeavor? Can we teach it? Are our institutions nurturing it? 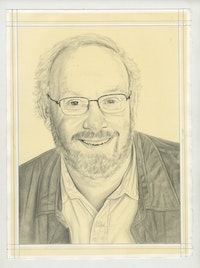 The School of Paris was a breathtaking collection of artists who were young together, going in and out of one another’s studios, meeting in the nearby cafés of Montmartre and Montparnasse: Constantin Brâncuși, Georges Braque, Marc Chagall, Juan Gris, Marie Laurencin, Jacques Lipchitz, Henri Matisse, Amedeo Modigliani, Piet Mondrian, Pablo Picasso, Henri Rousseau, Chaïm Soutine, Suzanne Valadon were all there, not to mention poets, playwrights, and composers such as Guillaume Apollinaire and Gertrude Stein, Alfred Jarry, Erik Satie, and more. Can you be nostalgic about a place you only went in imagination?

That the unforgettably beautiful 18-year-old who modeled for Renoir’s 1883 Dance at Bougival (in Boston’s MFA) should turn out to be one of the great painters of the early 20th century is a puzzle designed to baffle any art historian of my generation. 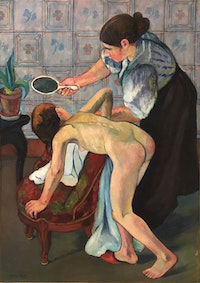 Whereas Soutine’s work brings out emotional turmoil, de Kooning treats the ambiguities of perception as an exciting epistemological adventure. 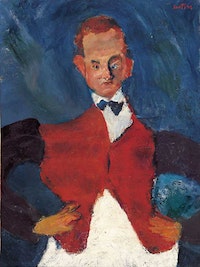 Experiments with Truth: Gandhi and Images of Nonviolence

Rarely in the hectic, increasingly commodified world of art today has a museum exhibition so successfully taken us to another place in our heads as did this show in Houston this winter. 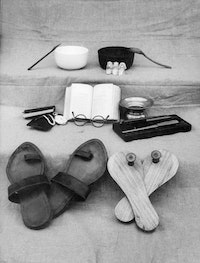 If you attended the Salon of 1863 in Paris you would remember Manet’s Olympia which caused quite a stir. 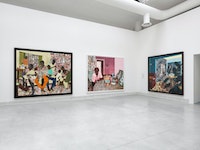 Lucy Fowler Williams, a curator from the University of Pennsylvania Museum of Archaeology and Anthropology, has brought an historical overview to both the Water, Wind, Breath catalogue and to the exhibition itself, telling the history of the encounter between technologically advanced European cultures and Native Americans in the eighteenth, nineteenth, and early twentieth centuries.

Creativity is an elaborate game of connect the dots where you can’t actually see the dots, you have to infer them.

“You know each of our projects is like a slice of our life, myself and Jeanne-Claude. And the journey is so exciting—not only the realized things.”

REWIRING NORA: A Chance Encounter with Something Unknown

Nora, my Bernese Mountain Dog had many endearing traits; she would amble over and lean affectionately into my legs and I enjoyed having her lie down on my feet under my desk

I am writing to mark the passing last Sunday (November 28) of Bob Thompson, the Colonel John Trumbull Professor of African and African-American art at Yale, at the age of eighty-eight. His colleagues and students will write a more professional obituary than I ever could, but these are a few personal memories for myself and for friends who loved this magical man. 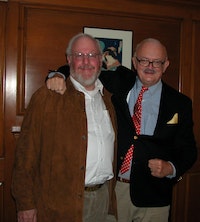